Fish Days From Tuesdays Through Thursdays 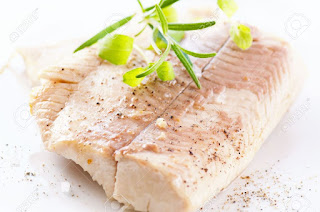 I've never been one to willfully change the channel to a cooking show and just casually watch it for fun. My encounters with cooking shows have just been in passing or situations where the TV is on and that's what is already showing with people watching. On few occasions, I got to watch snippets of a food show that starred Anthony Bourdain. From my understanding, he traveled the world and ate delicacies from those parts. Some of the foods featured are so bizarre that am always amazed when he chowed them down without flinching. I still wonder how his bowels survive after everything he eats; a testament that our digestive system is very powerful.
Anyway, as I scrolled through my daily news feed, I saw a lifestyle article that the title basically said Anthony Bourdain, who is a world-famous chef by the way, won't eat restaurant fish on Monday. I got the ding, ding, ding, and quickly opened up the article to find out why even though I suspected that it would have to do with the quality of the fish. I was right about a fraction of the reason. Yes, it's the quality, but this quality issue is for restaurants that aren't situated on the coast. Apparently, fresh fish only lasts about three days if properly refrigerated, and buyers of seafood who purchase in bulk of millions of pounds may not be equipped with the proper method of storage for their seafood.

Then imagine the fishes you get on Monday. Yes, they were probably purchased on Thursday because chefs typically order them on that day in preparation for the weekend since the market closes on weekends. Mr. Bourdain advises that you should order your fish from Tuesdays through Thursdays since the old fishes are likely to be thrown out after Monday. I never pay attention to these things but advice that steer you towards fresh foods doesn't hurt one bit.