Can Your Outfit Reflect Your Personality? - To The Guys 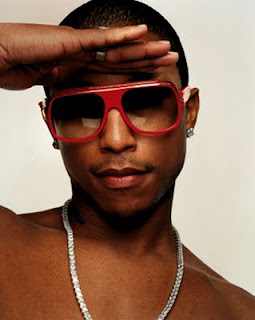 Stereotypes are based on physical appearances. Sometimes, one's outfit can be responsible for the assumptions people make about them. I know people who dress up a certain way and are treated based on how they appear and also people who want to fit into a certain group and change the way they dress as a result of that. It is wrong for an outfit to define a person but unfortunately, society has already established that you have to look a certain way to fit into a certain 'click.' It is true that it is human to put labels on people but we should make efforts to get to know an individual before we draw conclusions about them!!

In the spirit of Easter enjoy these arts and find out their special art-tributes, get it? 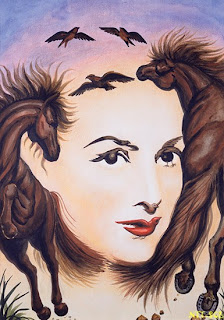 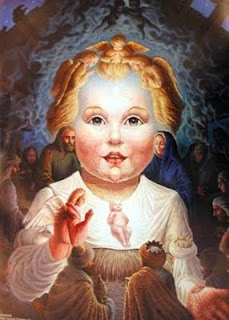 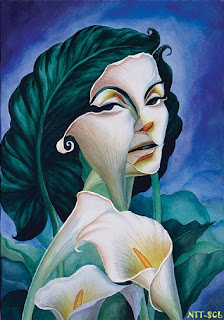 Email ThisBlogThis!Share to TwitterShare to FacebookShare to Pinterest
Labels: Art

Thinking Outside The Shiny Box

As a child, I had some dresses I treasured and they all had one thing in common, sequins. The sequins on my dresses made me sparkle and I really loved it. If I was a teenager in the 80s, I'm sure all my outfits would have had sequins. Heck, I really liked Micheal Jackson's sequined glove. Anyway, sequins are popular for putting the shine in an outfit. What are sequins exactly? Here is what I found. Sequins are bead-like discs that glitter with the touch of light. Sequins can be made with plastic and even comes in different shapes and colors. Coins have been said to be used as sequins. Sequins are also coated with gold and silver. I have some friends who are happy to leave the sequined look in the 80s, but I'm thankful for the person who thought about beautifying outfits with sequins because the person added some fun to my childhood fashion life! 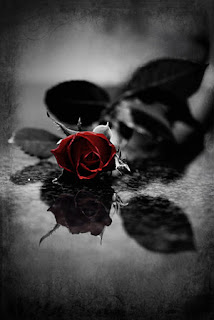 Your wedding day should be one of the happiest days of you life right? A friend of mine thinks his would be ruined even though the day hasn't arrived yet. This friend of mine proposed to his girlfriend, but he has major problems with her choice of outfits. She has a Gothic style and takes pleasure in dieing her hair black, wearing raccoon-like eye shadows, wearing dark lipsticks, putting on black, red, and other odd colors of outfits and sometimes wearing laces that should be lingerie. She definitely has a passion for corsets. My friends started dating his fiancee because of her personality and hoped that she was going to give up her goth style in the future. This did not happen but that did not stop him from putting a ring on her finger! The problem he has now is the rumor he heard about the wedding gown she wants to make. He doesn't mind that she will style it with her signature corset but he is not in support of the colors she has chosen and the possibility that she plans to wear fangs on that day. He doesn't want to hurt his fiancee's feelings but he thinks it's time for him to tell her how he really feels about the way she dresses. Do you think he should go ahead and tell her or he should suck it up since he pretty much ignored it for the years they dated? 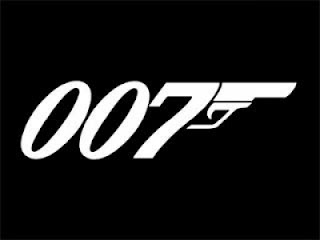 I thought the idea of being a spy is the ability to be 'sneaky' while trying to solve a problem. But I have known spies to wear dark suits, dark shades, and stern looks. This may not be an accurate information because I'm extracting my information from Hollywood movies. But spies should do more with blending with the masses. Although I believe in blending, I think James Bond wouldn't be Bond if he wore polo and jeans or graphic tee and shorts. There is an effect of authority and seriousness that is somehow attached to dressing sharply in dark crisp suits. While I would like spies to act according to what their names imply, I hope they get to keep the suit-look because it makes a spy complete, for reasons I cannot really explain! Go spies!

It's Not Pink, It's Salmon! 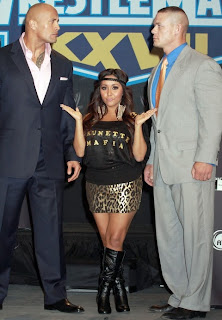 I saw a photo the other day of two popular men in the wrestling world and one not-so-popular girl in my world. These men were "The Rock" and John Cena while dwarfed in their middle was Snooki. What captured my attention was the suits these men wore. They looked nothing like wrestlers but professional men except for their strong gigantic physical attributes that could be traced and mapped even when covered with those suits. But I was impressed about the new meaning men are giving to the color pink because some men now wear the color without giving it further thought. Pink for some reason is a designated color for little girls, but not anymore in my opinion. I hear this quote more often that "real men are not afraid to wear pink" and I must say I agree. Men do not have to nickname their pink shirts or polo salmon-colored because this does not add any "ounce of masculinity" to the color. I'm not agreeing with the myth that pink is a feminine color. I think pink should be dressed based on complexion and outfit color-coordination. The Rock wore a pink shirt with his suit and I absolutely loved the look. Dear guys, if you've secretly loved pink and you believe it suits you, I urge you to wear it and not give a hoot about what anyone thinks. But if you feel like you would have to explain to anyone about your color choice, tell them Dwayne "The Rock" Johnson wears pink too.

Pants on The Ground 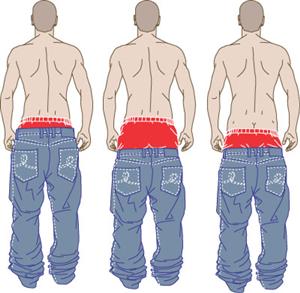 What can I say to guys ditching their belts or buying larger-sized pants so as to get the effect of their pants falling to their knees? This is fashion gone wrong in my opinion. I'm not saying that the right way to wear pants is to pull it above the belly button (that's so old school) but it isn't supposed to be below the butt either. I get embarrassed for the guys that show boxers that are an eyesore and should stay hidden. Then, the guys that have bad postures and walking steps as a result of how they wear these pants and they think they are cool. You cannot be cool for copying prison style. Those guys in the prison had valid reasons why their pants fell from their waists. When your girlfriends refuse to hug you in public or walk far away from you, think twice because it may not be your BO. Just saying.