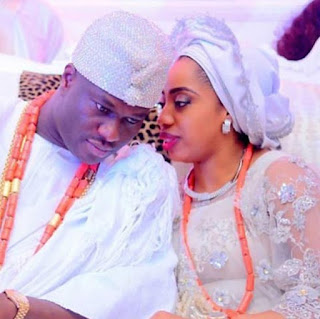 I'm sure that after seeing the title you're wondering what has happened to me to write on this wonderful topic? Nothing, really. I just came across something that got my blood boiling. There was an Instagram post on "instablog9ja," a talk by Olori Wuraola, the wife of the Ooni of Ife, Oba Adeyeye Enitan Babatunde Ogunwusi, Ojaja II. This was at the Emerging Women's Forum, in Maryland, designed to discuss issues of gender equality.
I'm sure people who attended this were looking forward to learning more on how women could empower themselves and prove themselves that their gender shouldn't be a cause for missed opportunities. Women have to continue to work harder to show that they are not less intelligent or less powerful because they're women. Well, that wonderful day, Olori Wuraola herself said, "I am not a fan of gender equality. We can't be equal." Then she went on to talk about how women shouldn't be expected to take on roles of men. Say what? Her statement made it clear that she didn't know the meaning of gender equality.
Gender Equality is "the state in which access to rights or opportunities is unaffected by gender."
She was given a microphone to share ideas that would ultimately be imbibed by some people who may not have also known the meaning either. Her job was to talk about how the women have been affected by gender inequality and ways of improvement. Instead, she told us how we shouldn't take the role of a king and aim to be queens. Okay, Ma!
No one is equal. But everyone, man or woman, wants opportunities fair and square. Gender shouldn't be allowed to stifle progress. If a woman is qualified for a job that is traditionally male-oriented, why shouldn't she get it?
Her talk was definitely about roles in a household and not gender equality. She has her opinion on marital duties, but she wrapped her opinion in the wrong cloth. Next time when people are invited to speak on important societal matters, can their contents be screened ahead of their presentations? That would be great.