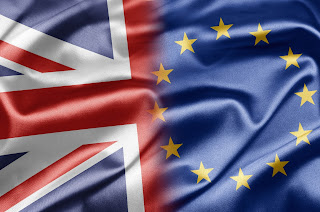 Europeans, as well as other people in the world have voiced their admiration and concerns about the referendum of the United Kingdom's membership of the European Union. We know that UK's vote to leave the European Union won. Was it the right choice?


The word "Brexit" is just a combination of Britain and Exit. Everyone around the world has reacted differently to the outcome of the vote. The market reacted, the people reacted, and even the weather reacted!
Some people have applauded the UK for the bold move. Others are wondering if the UK thought about the repercussions before making this life changing decision. From where I'm sitting, a lady is talking about how her travels would be affected. Not far from us, a man is applauding the UK for "manning up," as though it's all about being bullied.

First of all, what is the European Union (EU)? Formed after World War II was "an economic and political partnership involving 28 European countries which fosters economic co-operation with the idea of trading together and avoiding conflict among each other. It soon grew to become an entity that basically acted as a "country," allowing goods and people to move around freely. It has its own currency, the euro, which is used by 19 member countries and rules that govern them.

What I'm witnessing after the decision is the uncertainty of what the future holds for the UK. What is it going to be like when the process of withdrawal begins? More and more people seem to be questioning the decision after some unfavorable reaction to the market. It cannot be easily answered if the UK is better off as part of the EU because the separation hasn't marinated yet. We have heard intellectual people with strong opinions that leaving is going to be a mistake. Maybe so,  maybe not. Every change has its repercussion. While I'm not highly versed in this topic to know if the decision is right or wrong, I hope and believe that the voters voted for reasons they thought were right. Feel free to share in the comment section if you know more about this. I'll just wait like the people in the corner who are waiting to watch this play out. On that note, I'll say, good luck UK.