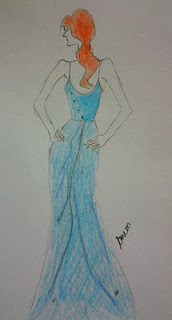 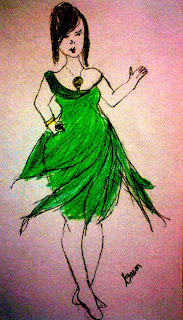 I went into a store and heard a lady complain that plumpness used to be a desirable size and shape. I thought of that for a while and dived into this complaint with skinny models on the runway. Would designers be too mean to want their models to die of starvation? Why size zero? Experts have repeatedly said that the average model should not be a size zero because this size is for kids that are still growing. People blame Twiggy, the British model, for this desirability in thin models. Models used to have healthy looks, but some would argue against this notion. However, designers adopted the “heroin chic” look after they saw and liked the clothing on Twiggy. Naturally, slim isn’t slim anymore. Not everyone who wants to be a model is as thin as the industry requires, so they use harmful means to get there.
What about the plus-sized models? Should people be told to gain unnecessary weight just to fit into an outfit?  Compared to being thin, some people would think that being a plus-sized model would be easier. But we should not forget the daily ridicule that overweight people go through. Even the idea of a plus-sized model is still being resisted by most major designers.
Why can’t designers make normal sized clothing or mix sizes so that the thin, slim, average, and plump can wear them? This way, the world would understand that it is okay to have different looks because there would be clothing for all. Like my mother would say, “Clothes cannot look good on you if it is just hanging. Clothes should hug the right places.” Do you think designers pick these extremes, the skinny and the plump because they look weird, so that people can focus on the clothing instead?