Tattoo is a form of art that has been around for years. It's uniqueness is based on the fact that this art is drawn "on" the skin. Tattooing shouldn't be similar to what we call 'impulse buying' because it would turn out to be a painful joke on any individual. Yeah, it hurts to remove tattoos. Paying close attention to the kinds of tattoos that people are getting, I couldn't help but get more interested in it. Sometimes they were tiny and sometimes massive. Text tattoos are not new, but people are now getting more creative with the picture tattoos.


One wonders why people get tattoos?
Some say they get it as a reminder, and some say as a gift to themselves. Some say they get it for somebody - this could sometimes turn out to be a big mistake. Think of the cliched gesture of tattooing a boyfriend's or girlfriend's name. It's surprising how that never gets old. I met someone who had the name of her ex on her arm. I asked her if she planned on removing the tattoo someday. She said she was keeping it to remind herself of the d**shbag her ex became. I guess this tattoo fits under the "reminder" section. Are you a fan of tattoos? Do you think the full-sleeved tattoo or full-body tattoo is taking it to far? I used to be disgusted with the full-body tattoos until I watched prison break. Mind you, I think only Michael Scofield can pull that off in my special dictionary. 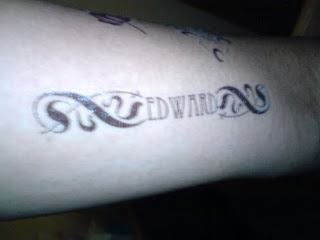